It’s a rare occurrence indeed when a property possesses three characteristics which each, in their own right, bring strong contributory value to a landowner. Pineroots is one of those special tracts as it hits a trifecta from a timberland, mineral, and conservation vantage point.

Located in north Columbia County, Florida in one of the most productive and sought-after geographic areas for timberland, the 6,989-acre contiguous Pineroots tract is an exceptional institutional investment. Professionally managed by Rayonier under a long-term timber lease which expired at the end of 2018, Pineroots is available to purchase for the first time in over 80 years.

Despite a Professional Geologist’s lofty valuation, the family recognizes the long term process and expense for monetizing the phosphate resources. As such, they have elected to aggressively price the property for a quick sale with the expectation of a relatively modest premium for the resources. To ensure a closing, a significant amount of due diligence has already been performed including a timber cruise, mapping, phosphate rock assessment, phase I environmental study, and title work.

A sale will take place using a sealed process – the bid deadline is May 15, 2020. For details, go to www.Pine-Roots.com.

Approximately 49 wood-using facilities are located within a 100-mile circle of the property, including Georgia Biomass chip producer; Rayonier, WestRock and PCA pulp mills; West Fraser, Klausner and Langdale chip-n-saw mills; and many other facilities. Within this radius are Waycross, Valdosta, Jacksonville, Brunswick, Lake City, and Gainesville. Because of the area’s strong wood markets, the prices paid for pine pulpwood are among the highest in the country.

The planted pine strata is effectively from 1 to 15 years old - an isolated, 10.4 acre, 23 year-old stand is the only +17 year old planted pine timber. Slash is the dominant specie and stands are mostly well-stocked and reflect good reforestation practices. The natural timber resource varies from fully-stocked, mature soft and hard hardwood to areas that are regenerating or have recently been harvested. The most accessible wood has been harvested with the remaining natural timber almost all in wetlands.

Pineroots lies within the North Florida Phosphate District. The geology of the District is well known and has been the site of phosphorite rock mining and mineral beneficiation at the nearby Swift Creek and Suwannee River mines since the mid-1960s. Drilling data from Pineroots indicates the phosphate deposits are significantly similar to those areas in the North Florida Phosphate District that have been mined and processed for over 50 years.

In 2009-10, Pineroots was drilled by PCS Phosphates, an affiliate of Potash Corporation of Saskatchewan (PCS), now Nutrien - the cost for this drilling, conducted in two phases, is estimated to have exceeded $1M. There were 362 holes drilled (19 holes/acre average) representing 21,927 feet of drilling to a maximum depth of 97 feet.

The phosphorite for the Pineroots deposit is estimated at 211.75 million ore tons at 13.9% P2O5 contained within an area of 5,061 mineable acres. The average overburden thickness is 35.8 feet overlying an average of 19.5 feet of phosphorite. The ore is estimated to yield phosphate rock resources 30.4 million tons of phosphate rock pebble and concentrate products containing 29.8% P2O5 (65.1% BPL). An estimated 1,925 acres are classified as unmineable due to low quality and quantities of phosphate rock resources. Potential resource losses due to legal setbacks, environmental issues, economic, mining and process losses have not been estimated.

Importantly, based on the reporting standards of NI 43-101, fully 84% of the Pineroots ore deposits are classified as a Measured Resource based on a drill hole pattern where spacing does not exceed 1 hole per 20 acres plus phosphate rock quantity and quality characteristics. This is a more reliable gauge than an “inferred” and “indicated” status.

Pineroots is located within the Ocala to Osceola Conservation Corridor (O2O), a 1.6-million acre landscape of public and private lands that connect the Ocala and Osceola National Forests. Adjacencies to public lands are an important consideration in conservation acquisitions and Pineroots shares almost four miles of a common boundary with the Osceola National Forest. The O2O includes priority lands for the Florida Ecological Greenways Network (FEGN) and is a significant part of the Florida Wildlife Corridor. The objectives of this conservation initiative include protecting wildlife, natural resources, and working forestry; preserving water quality; and increasing lands around existing military bases.

The Florida Department of Environmental Protection (FDEP) has designated the Property as a Florida Forever Property as part of the Pinhook Swamp project - it is ranked #22 on the Critical Natural Lands priority list. While this is significant, the ranking could actually be understated as the list often includes properties of disinterested landowners. Currently, there appears to be a window of opportunity with the State. They now are actually trying to spend money on public lands - something that was virtually non-existent under the previous administration.

Another available conservation option is the use of a conservation easement that can take the form of a sale or donation. Under either arrangement, a “less than fee” interest in a property would be conveyed but the owner would keep the land and retain many of its current uses such as upland forestry and recreation. In exchange, certain rights would be relinquished, namely development and certain activities in ecologically sensitive areas. There are tax advantages that can result from a conservation easement including lowering the basis of the land and generating federal tax deductions. 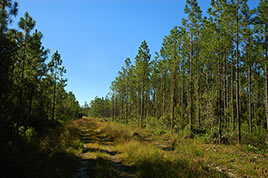 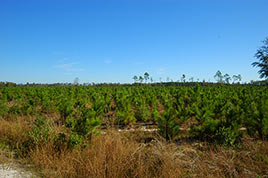